Congratulations!
You have reserved a spot to the webinar.
In the meantime, enjoy these AWESOME resources only available to webinar registrants
Here is what’s coming your way for the class:
Email confirmation with all the details you need along with your private access link for the class
Watch this special preparation video from Sharon on how to get the most from your time together
Your ‘3 Secrets to Unlocking Your Extraordinary Self’ complete workbook

FORMAT
60 minute online class
30 minute (or more!) Q&A
Your private access link is on its
way to you via email

CLASS SIZE
Class is strictly limited to
100 attendees ONLY
Please make sure you’re there
on time or risk losing your spot!

Your preparation checklist
TICK OFF EACH ITEM BELOW   TO MAKE SURE YOU HAVE COMPLETE SET YOURSELF UP FOR SUCCESS WITH THIS CLASS:
Click here to download your ‘3 Secrets To Unlocking Your Extraordinary Self’ complete workbook
Event: 22-10-2015 18:00:00 22-10-2015 19:30:00 Australia/Melbourne3 Secrets To Unlocking Your Extraordinary Self Webinar http://www.onlinemeetingnow.com/seminar/?id=oi1ncdt5b4 “Add this webinar to your calendar” Add this webinar to your calendar action@thecoachinginstitute.com.au DD/MM/YYYY
RSVP to the event on Facebook and see who else is coming
Connect with Sharon on Facebook to stay in touch with what she’s creating
Follow The Coaching Institute on Facebook to stay up-to-date with the latest in coaching & personal development
Invite a friend along to experience the class and share the journey

Get to know your host

here are some little known facts about sharon pearson, your host on this class: 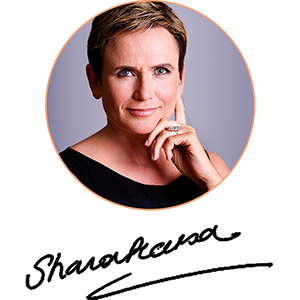 GET TO KNOW SHARON…
Here are some fun facts about Sharon Pearson, for example, did you know…
Sharon founded The Coaching Institute in her lounge room with just 9 students in 2004.
Sharon is known for her unique style on stage. She disrupts and creates contrast for every audience (you have to be there to experience it!)
As the resident life coach on Channel 10, Sharon has been featured on the national show 9AM with David and Kim.
Sharon was honoured with the Victorian Telstra Business Woman of the Year Award in 2010 and been a finalist several times (2007, 2008, 2009).
Sharon has written 47 books (including manuals and books) in just 10 years.

HEAR FROM OTHERS WHO HAVE EXPERIENCED SHARON’S TRAINING AND MENTORSHIP:

“The vision, culture and success that Sharon has created are just phenomenal. I’ve never experienced anything like that … champion people to live their dreams. Thank you Sharon!”

Join in the conversation